The Florida Panther (Puma concolor coryi) was one of the first species named to the Endangered Species Act in 1973. The panther, also known as the cougar, puma, or mountain lion, once roamed throughout most of North and South America and was divided into numerous subspecies. Panthers were feared and hunted to the point where the Florida Panther is the only remaining subspecies in the eastern United States. There are somewhere between 100 and 180 Florida Panthers remaining

To learn more about the Florida panther go to:

To take action go to:

To learn more about the Hawaiian Monk seal go to:

The Musk Ox (Ovibos moschatus) is one of only a few large mammals to have survived the Pleistocene extinctions. With it’s double layered coat of fur, and the ability to slow its  metabolic rate by reducing both oxygen intake and CO2 production, the musk ox is uniquely suited to survive the harshest of winters.  Musk Ox are herd animals with a highly developed social structure. When attacked, they are known to surround their young, elderly, or infirm members, facing horns outward in a protective circle. Hopefully these amazing animals will be able to survive in a warming world.

To learn more about the Musk Ox go to:

The Monarch Butterfly (Danaus plexippus) is capable of amazing migratorial feats of up to 3,000 of miles. There are two distinct Monarch populations in north America. The western population of Monarchs migrate from Mexico to parts of California, while the eastern population migrate as far north as southern Canada. Monarch populations are now threatened by climate change, pesticides, and the loss of the milk weed their larva need to feed on.

To learn more about the Monarch Butterfly go to:

To learn about the effects of pesticides on Monarchs go to:

To learn how you can help go to:

The African Elephant (Loxodonta africana) is the largest living land animal. They are highly intelligent with brains similar in structure and complexity to humans. Their population has long been at risk due to poaching for the ivory in their tusks. They are now also in danger due to the effects of climate change on their habitat.

For more about the African Elephant go to:
http://animals.nationalgeographic.com/animals/mammals/african-elephant/

To help Elephants in Africa go to:

For WWF’s Hands Off My Parts page go to:

The Blue Spotted Salamander (Ambystoma laterale) is a good example of a species labeled as endangered within its respective area. According to the IUCN Red list they are labeled ‘least concerned’, but are labeled endangered by many states within their habitat.  Amphibians in general are in danger. After being on earth for 300 million years, more than 120 species may have become extinct within the last several decades. At present, 1 out of every 3 species of amphibians is at risk of extinction 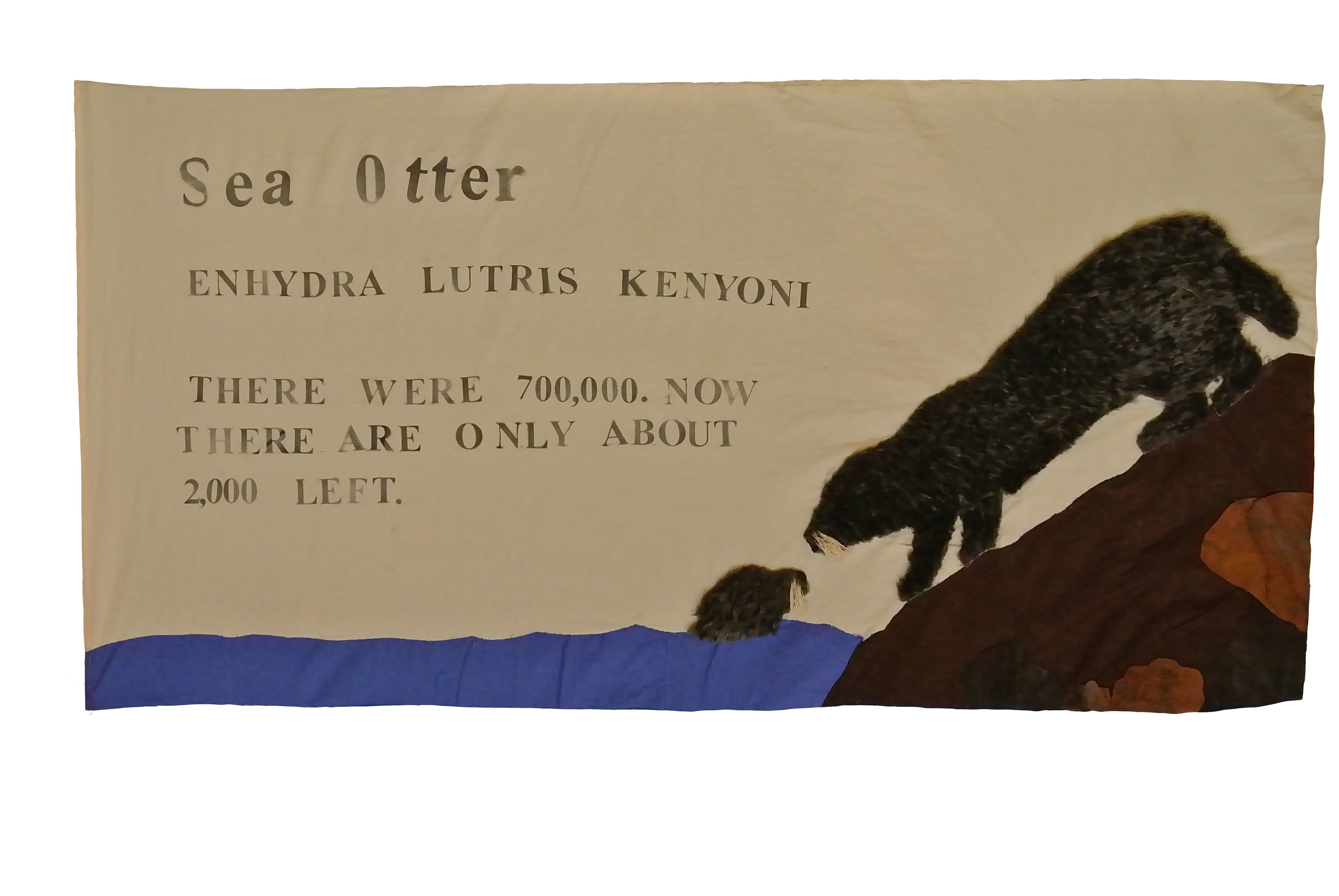 Sea Otters (Enhydra lutris) are marine mammals and members of the weasel family. They are the only marine mammal to rely on their fur instead of fat for warmth. Their fur is the thickest of any mammal and the primary reason for their decline in numbers.  Starting in the the mid 1700’s to the early part of the 20th century, Sea Otters were hunted for their fur leading them to the brink of extinction.

For more on Sea Otters go to:
http://animals.nationalgeographic.com/animals/mammals/sea-otter/

For info on Sea Otter conservation go to: http://www.aquariumofpacific.org/exhibits/northern_pacific_gallery/otters/sea_otter_conservation

Polar Bears (Ursus maritimus) are one of the largest bears, weighing as much as 1,500 lbs. The Polar Bear is currently listed as threatened under the US Endangered Species Act. Because they are at the top of the arctic food chain and depend heavily on sea ice for their survival, they have become a key indicator species in the fight against climate change.

For more information go to:
http://animals.nationalgeographic.com/animals/mammals/polar-bear/ 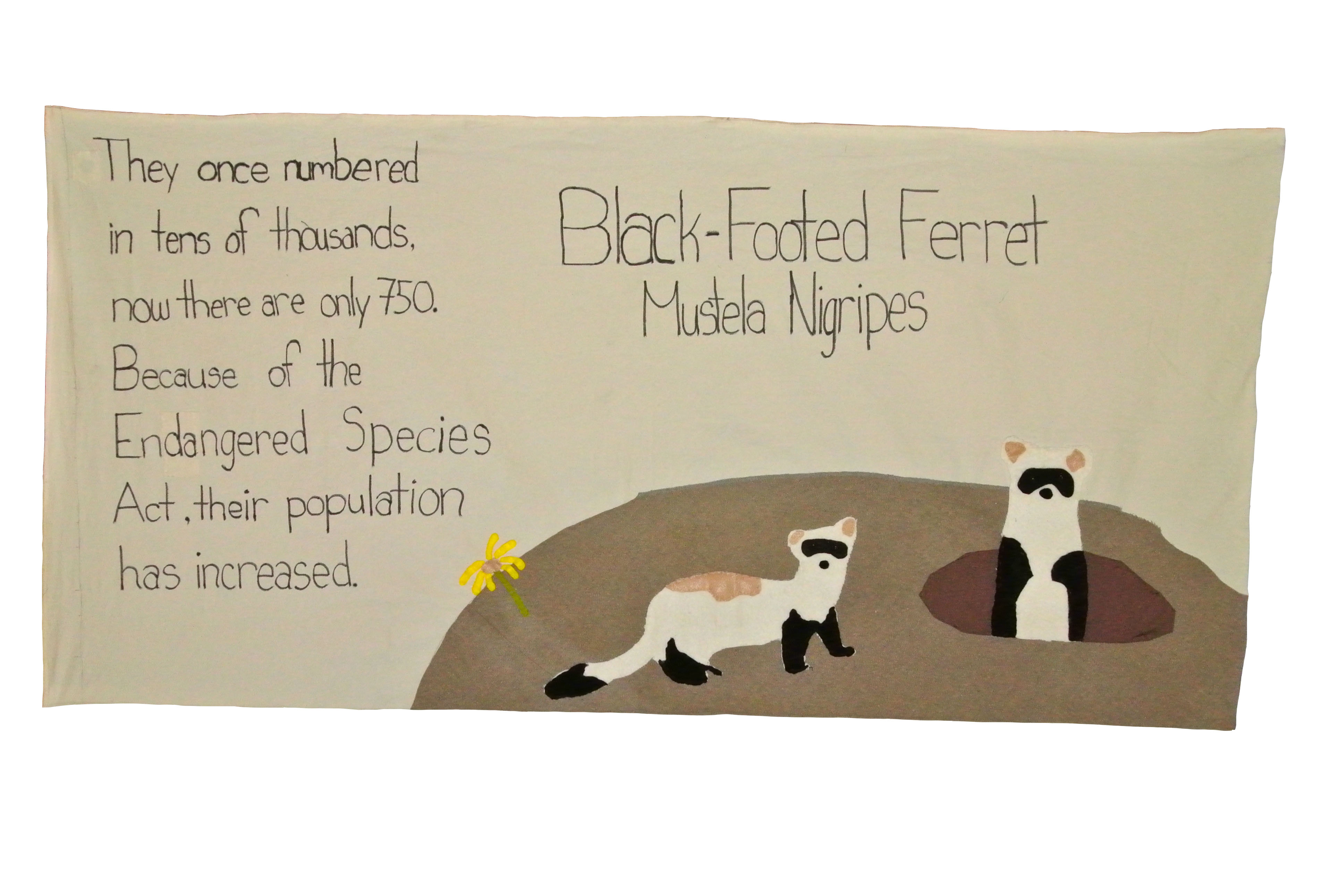 Black Footed Ferrets (Mustela nigripes) are the only ferret native to North America. Their primary source of food and shelter is the prairie dog, which accounts for 90% of their diet.

As settlers killed off prairie dogs and destroyed their tunnels, the Black Footed Ferret population also declined. By the mid 1900 they were thought to be extinct. But a small population was found alive in Wyoming in the 1980’s; those18 individuals were placed in a captive breeding program. Today, there are approximately 750 living in the wild.

To learn more about Black Footed Ferrets go to: http://animals.nationalgeographic.com/animals/mammals/black-footed-ferret/

For a Black Footed Ferret fact sheet go to:

For information on threats to the Black Footed Ferret go to:  http://www.defenders.org/black-footed-ferret/threats

The Black Footed Ferret Society at:

The West Indian Manatee (Trichechus manatus) is the largest surviving member of the order Sirenia. They are thought to have been mistaken for mermaids by sailors who had been at sea for too long. Threats to the West Indian Manatee include habitat loss, and injury and death due to commercial and recreational boating.

For more on West Indian Manatees go to:
http://www.savethemanatee.org/manfcts.htm